Stores
CLICK BELOW TO VIEW ALL AVAILABLE STORES
Stores 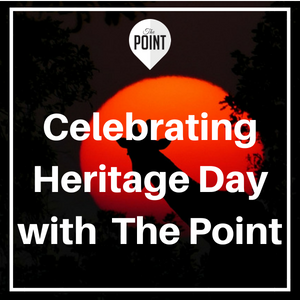 Heritage Day, on 24 September is a national holiday where South Africans can reflect on what it means to be part of the rainbow nation. With 11 official languages, numerous cultures and traditions, this public holiday is all about embracing and celebrating the diversity that makes our country unique.

Although not initially intended to be an official public holiday, it has become one of the South African holidays that add to the nations unity. In 1995, when the Public Holiday Bill was presented, it did not initially include this holiday, which was contested by the Inkatha Freedom Party (IFP). Historically KwaZulu-Natal was an IFP stronghold and observed the day as Shaka Day. After serious negotiations, an agreement was reached to mark the day as, Heritage Day.

Why the different names used for Heritage Day?

As South Africans, we’ve come to recognise this public holiday like a few other names too, namely; Shaka Day and National Braai Day. Interestingly, September 24 is celebrated as Shaka Day in KwaZulu-Natal and is commonly referred to as Braai Day. Braai Day, albeit a little less formal, was an initiative started by Jan Scannell (also called “Jan Braai”). Referring to the day as Braai Day, was an attempt to focus on our shared culture as a nation and aimed at encouraging South Africans to celebrate their diversity with a braai.

Heritage Day at The Point

Celebrating Heritage Day this year will be “on point” with the help of The Point Shopping Centre. If you’re looking to spend the day with some family and friends, pop into the Checkers on the ground floor to pick up some braai essentials like meat from their extraordinary butchery, salads and sides from their fresh bars and of course the refreshing wine selection at your disposal.

If you’re looking for a day off from cooking and washing up, come around for a delicious breakfast or lunch at Knead Bakery or indulge in something a little less casual for supper at the exquisite NV-80 Grill & Bar.

This year September 24 falls on a Monday, so if you’re like us and have planned a long weekend – pop on through to stock up on some essentials for a weekend away. Visit the Bootlegger Coffee Company for a hefty dose of caffeine to get you through the days you are away from your usual coffee spot.

Whichever way you spend your Heritage Day, we wish you a relaxing and celebratory day.

Dine with a difference this September with our specialized guide especially for you.